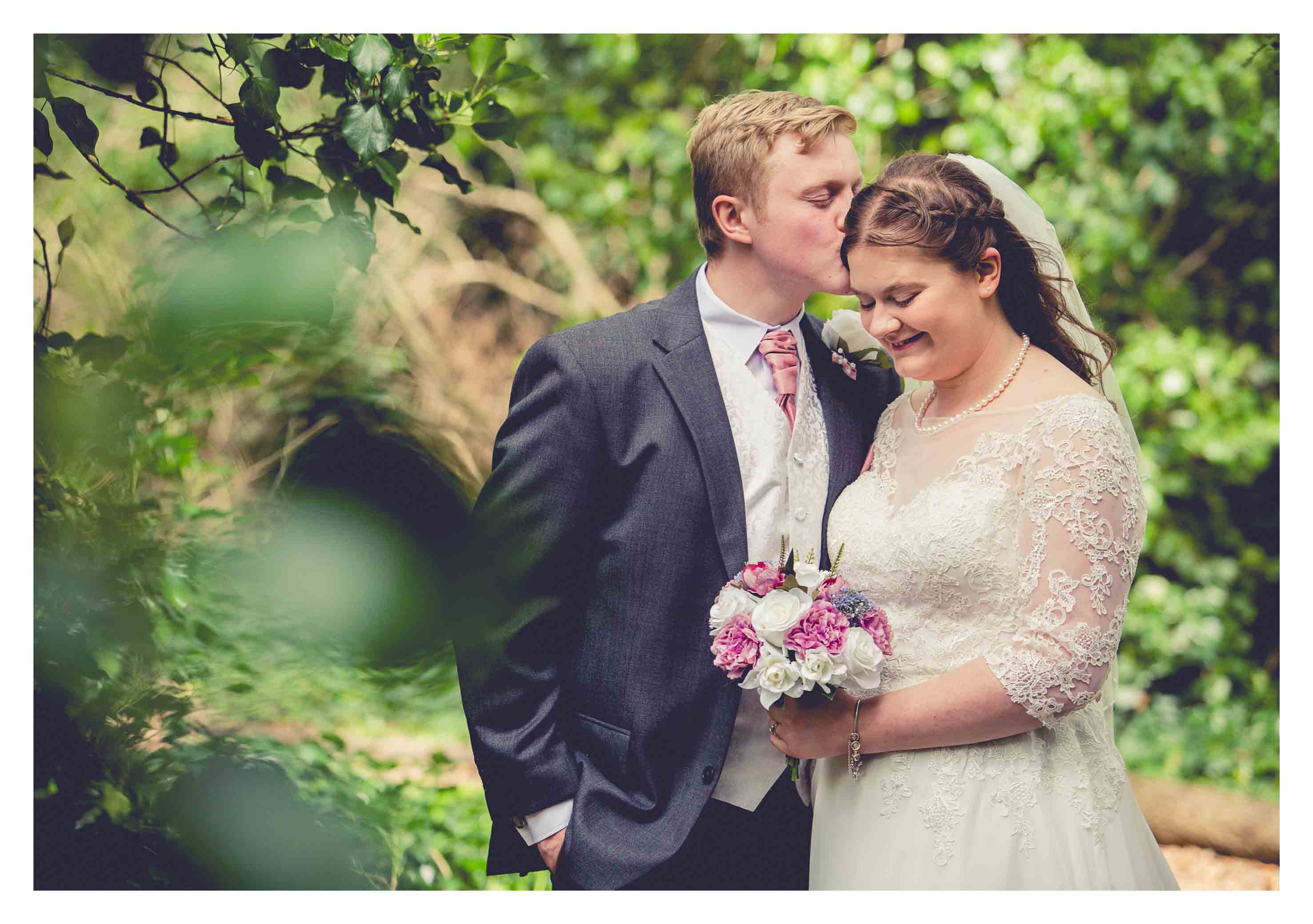 Dawn & Ashley’s Wedding was all about these two lovely people tying the knot surrounded by their closest friends and family. This wonderful day was perfectly relaxed from start to finish. They chose the newly renovated Chace Hotel to host their big day. This Laura Ashley branded, former private residence provided a gorgeous backdrop for photos. Built in Victorian times, this mock Tudor Manor house has been carefully restored and retains many of its traditional features, including elegant wood panelling, stunning staircases and decorative fireplaces.

We joined Dawn and her Bridal party in one of the suites as they got glammed up for the ceremony. The mother of the Bride joined us who certainly provided a lot of laughter! Dawn had utilised her creative skills for their big day, creating the bouquets, button holes and even homemade fudge Wedding favours! It was lovely to see all of these touches come together to create an incredibly personalised day.

Ashley arrived in plenty of time to ensure all of those little jobs had been done, but Dawn had beaten him to it! So the Groomsparty were able to relax with a drink before the big moment arrived. As guests took their seats in the ceremony room – this beautiful, light and airy room with huge arched windows was a great setting for the ‘I do’s!’. Ashley looked so proud as he laid eyes on his Bride as she walked down the aisle accompanied by her father.

Shortly after, they were married and the room erupted as the new Mr & Mrs had their first kiss!

Even though there had been heavy showers in the morning, the skies cleared and the sun shone as we made our way outside where guests celebrated with the newlyweds, covering them in confetti! As family and friends mingled with a drink, we ventured into the grounds with Dawn & Ashley for their photos. The landscaped gardens and woodlands provided great areas for some private shots of the Bride and Groom. These two were great fun!

After a delicious Wedding breakfast, it was time for those all important speeches. With a twist on tradition, we got to hear from both the father of the Bride and the Groom as Ashley had chosen his Dad to be his Best Man! The Bride’s father stole the Groom’s signature joke too!

The party then continued as the cake was cut before Mr & Mrs Sheridan had their first dance! Guests then joined them late into the night where some incredible shapes were thrown on the dance floor!

Here’s to a wonderful married life to this lovely couple!

Enjoy this? Have a look at Abi & Jonny’s lovely wedding.