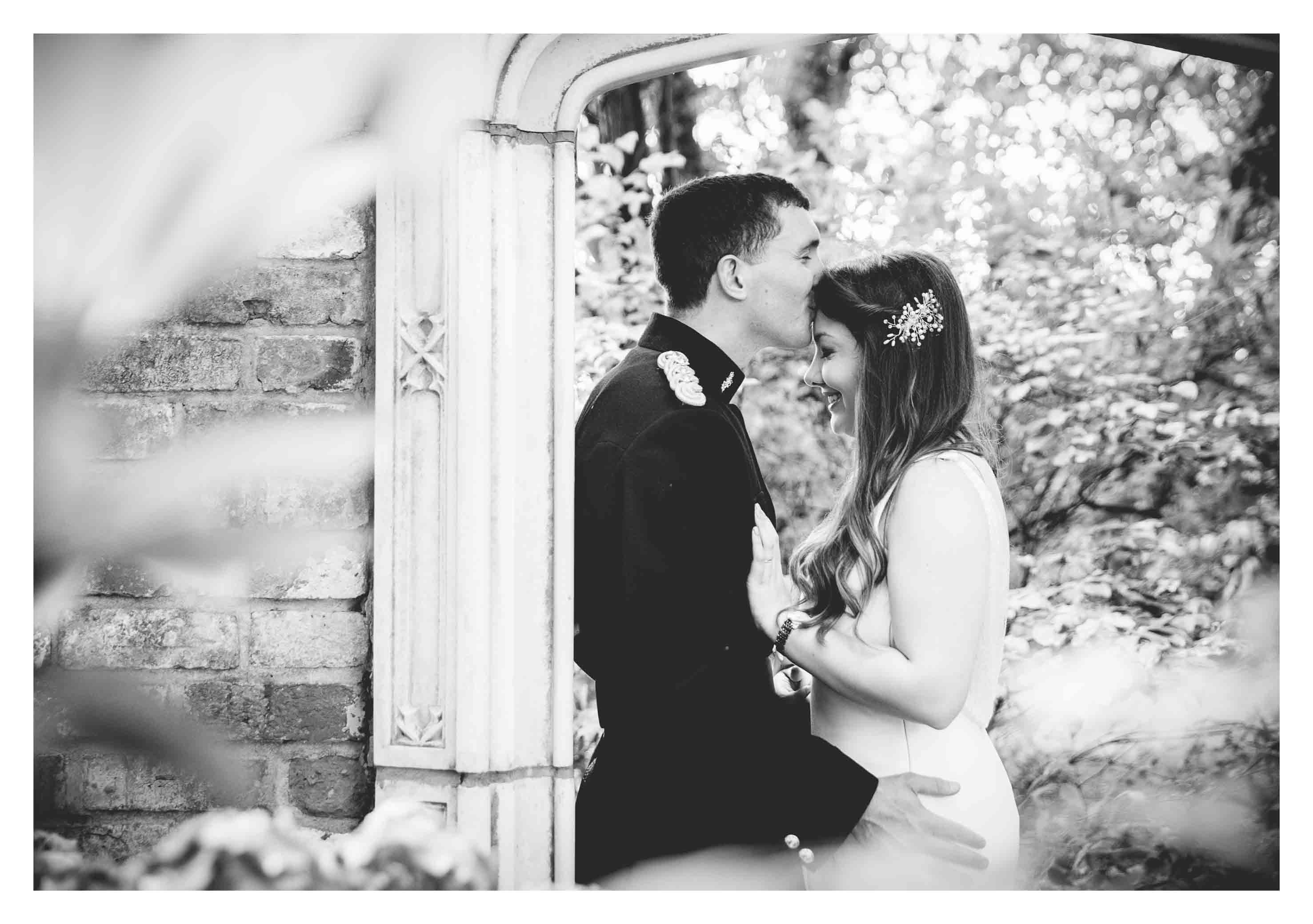 We met this lovely couple for the first time last year after a recommendation from Jonny’s mother. Over a drink, we chatted about their big day and it was clear this Wedding was not one to be missed!

Fast forward 12 months and the big day had arrived! We began this fun Wedding at Abi’s parents’ gorgeous house which was the most amazing space to start the day. The atmosphere was super friendly as Abi and the girls got themselves ready. After their finishing touches, the bridal party made the short drive to the ceremony, which was held at St Peter’s Church in Little Aston. This quaint little village church was particularly special for these two and was the most wonderful setting to say their vows. With some worrying weather forecasts, it thankfully stayed dry as Abi arrived at the Church.

As a talented acoustic duo provided the music, Abi walked down the aisle towards Jonny who was absolutely smitten! The ceremony itself was full of love and smiles, with Jonny’s father providing the most incredible address in the Church. Jonny having passed through Sandhurst and currently a Captain in the British Army wore a full Military outfit. He was supported by a grooms party including four others who wore their military dress. These gents looked impeccable! As Jonny & Abi tied the knot, the bells rang and there was a guard of honour as they left the Church hand in hand. As the new Mr & Mrs walked down the church steps through a cloud of confetti, guests celebrated with them. An amazing surprise, was a perfect replica military outfit for the page boy, who looked incredibly smart. He almost stole the show from the Groom!

After one heavy shower as we arrived at ‘Moxhull Hall’, the sun then shone and guests were able to explore the beautiful grounds. Set in 8 acres of gardens and woodlands, this lovely venue is full of quirky features and beautiful design. There was also some fierce competition during a cool game, with the aim of hammering a nail into a log with a single hit. As guests mingled, Jonny’s military comrades were particularly popular with the guests, providing some incredible photo opportunities! We also had a Magician wowing guests during the drinks reception, alongside some more live music from the acoustic duo.

Abi & Jonny laid on a lavish Wedding breakfast which was followed by three cracking speeches just before everyone was ushered through to Moxhull Hall’s outstanding marquee. The room was transformed, ready for the evening celebrations! After the formality of the cake cutting (with Jonny’s sword!), the new Mr & Mrs Simpkins took to the dance floor before the partying truly began with some fabulous shapes being thrown!

This Moxhull Hall Wedding was fantastic! Here’s to a married life full of happiness! Thank you for letting us capture your special moments.

Like this? Have a look at Simone & Andrew’s lovely wedding!