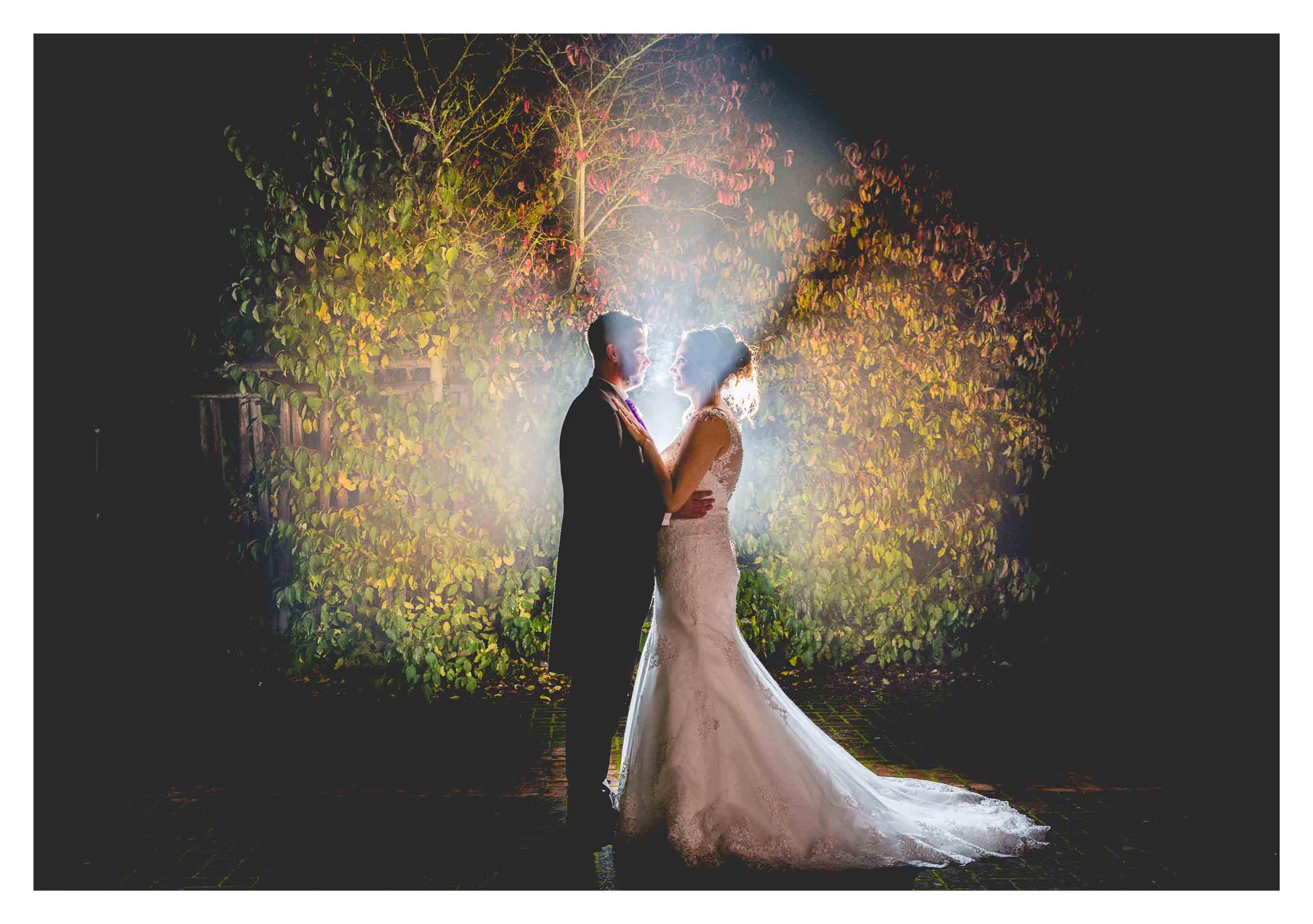 Jenny & Liam chose ‘Stratford Manor’ for their big day. A stones throw away from Stratford Upon Avon, this hotel is set in over 20 acres of grounds and even has its own spa – a great idea to get rid of those hangovers the morning after the Wedding! With the rain set in for the day, the weather certainly wasn’t on our side – but nothing was going to stop these two having an incredible day!

We joined them before the ceremony as they had their finishing touches completed and a few drinks were had to settle any nerves! The time flew and before we knew it, Jenny was stepping into her dress and it all suddenly felt pretty real! A nervous Liam waited at the end of the aisle as guests were asked to stand and a live singer beautifully provided the music. After the Bridal party had entered and taken their seats, the big moment arrived – Jenny walked down the aisle and looked absolutely stunning. Liam held back the tears, seeing his childhood sweetheart approaching him.

“And suddenly all the love songs were about you”

The ceremony was full of heartfelt and emotional readings. After the exchange of rings and that all important first kiss, these two were heading back down the aisle hand in hand as their guests cheered the new Mr & Mrs!

The Bride’s love of Disney certainly showed – the reception was wonderfully decorated with all things ‘Beauty & The Beast’. As the evening celebrations began, we had a huge chocolate fountain, incredible Photo Booth and sparklers outside – the guests were certainly kept entertained! Liam even had a surprise of his own, when Jenny produced a signed gift from his beloved Leeds United Football Club! After their first dance as husband and wife, Jenny & Liam partied late into the night! The clocks even went back, giving everyone an extra hour in bed!

What an incredible day! Here’s to a married life full of love and laughter!

Enjoy this? Take a look at Gemma & Marc’s big day!